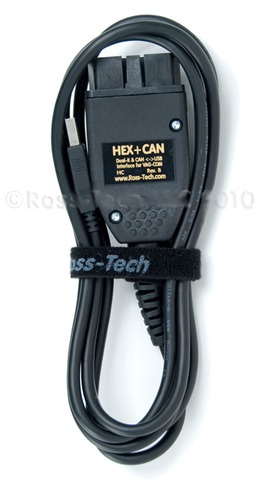 
VCDS-Mobile is diagnostic software for VW-Audi Group cars running in the HEX-NET interface. VCDS Mobile includes a web server in the interface and can be used with any device that has WiFi and a modern web browser.    VCDS-Mobile is not an "app" that runs on your mobile device.

What do I need to use VCDS-Mobile?

You will need a HEX-NET Interface.

You will need some sort of computing device that can communicate via WiFi and has a reasonably modern web browser. This can be a smart phone (iPhone, Android, Blackberry 10, Windows Phone, etc); it can be a tablet (iPad, Android, Windows RT tablet, etc); or it can be a laptop or desktop computer running  Linux, MacOS, or even Windows. ;-)

Is VCDS-Mobile easy to use?

Well, that depends. Unlike VCDS running on a Windows PC with a wired interface, using VCDS-Mobile requires some rudimentary knowledge of networking to get the HEX-NET interface communicating with whatever device you're using as well a finding it a away to access the the internet so it can communicate with the VCDS-Cloud server. However if you get past that hurdle and you've used VCDS, you'll find VCDS-Mobile to have a familiar look and and feel, and it should be just about as easy to use as VCDS is.

Well, that depends. VCDS-Mobile has two modes of operation, Stand-Alone and Cloud-Connected. In Stand-Alone mode, VCDS-Mobile can do Auto-Scans, read and clear fault codes, look at measuring values, and log data.  If it can communicate with the VCDS-Cloud server (and it's associated with an account on the server), it gains additional functionality and is able to do Adaptations, Basic Settings, Coding, Login/Security-Access, and so on.   Please understand that at the time of this writing VCDS-Mobile is a Beta product and we may have overlooked something.